Prime Minister Benjamin Netanyahu has spoken to Russian President Vladimir Putin multiple times in an attempt to have Issachar freed.

“We listen to Igor Creed songs in Russian on the radio,” Issachar said, according to the Russian media news outlet. “I like the songs, the girls translate them for me.”

“I am pleased with the great support I am receiving from Israel and the U.S., but it is not a great pleasure to be publicized under these circumstances. I really want to go home. I hope this public exposure helps,” the jailed 26-year-old said, according to the report. 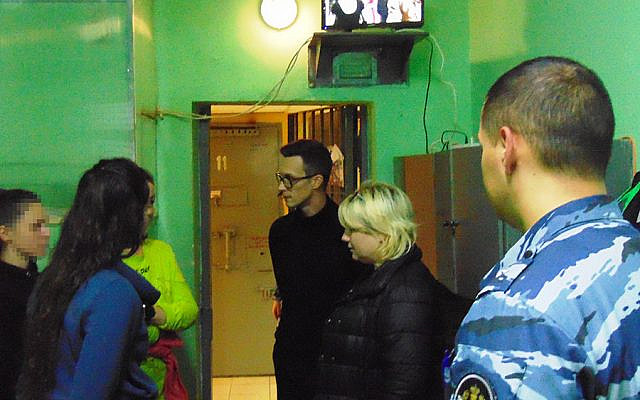 Contrary to the report, Issachar’s family believes that the whole interview was staged, and the real conditions in the prison are threatening her mental and emotional well-being.

“We were not informed about the visit at any stage. We were not allowed to visit inside the prison itself and we have no way of knowing under what conditions she is actually imprisoned there,” Issachar ’s lawyer, Alexey Dobrynin, told Israel’s Channel 12.

On Wednesday, the Israeli Consul in Moscow met with Issachar and gave her a letter written by her mother, reports Arutz Sheva.

In April, Issachar was heading back to Tel Aviv after a three-month vacation in India. She was arrested before her connecting flight in Moscow for possession of drugs after Russian authorities discovered 9.2 ounces of marijuana in her luggage.

Despite her denial, Issachar was taken from the airport to a detention center in Moscow. She was then charged with drug possession which often entails one month of detention, a fine and a ban on entering the country. However, shortly afterward, the public prosecutor changed the charge from drug possession to drug smuggling.

On October 11, Issachar was sentenced to seven and a half years in prison.

Prime Minister Benjamin Netanyahu has spoken to Russian President Vladimir Putin multiple times in an attempt to have Issachar freed.