“Palestine is not a homeland that is sold and purchased but rather a piece of the Koran that we will defend with [our] blood and souls,” one post reads. 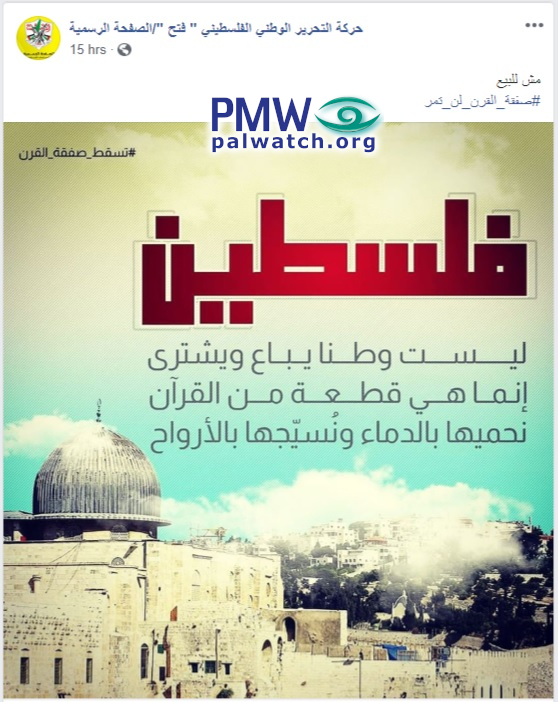 In another post captioned “From the [Mediterranean] Sea to the [Jordan] River,” a man is seen lying on territory named “Palestine.” One of his legs is crossed over the other, showing off the sole of his sandal that reads “The Deal of the Century,” a reference to President Donald Trump’s Mideast plan. 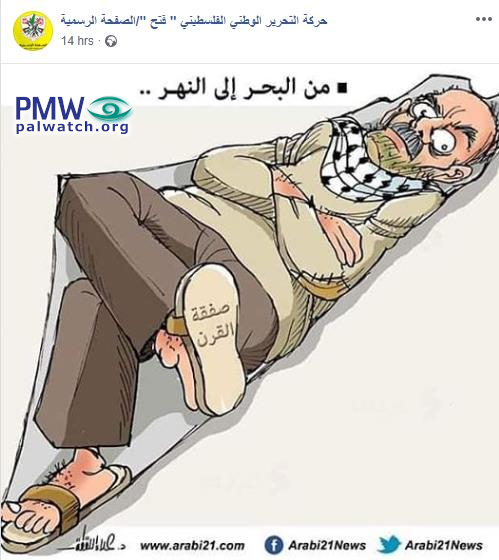 “From the sea to the river” and variations of the saying is a popular anti-Israel slogan used by Palestinian leaders and protesters. It captures the notion that the (Land of Israel) between the Jordan River and the Mediterranean Sea belongs to the Palestinian people.

The cartoon shows Prime Minister Benjamin Netanyahu and Trump in prison uniforms wearing blindfolds. Trump is on one knee offering Netanyahu a bouquet dripping with blood containing the Dome of the Rock and a church in Jerusalem. 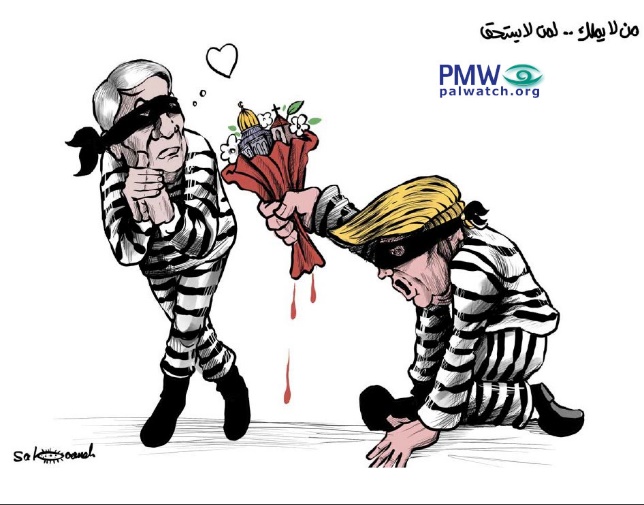 On Saturday, Abbas called an emergency meeting with the Arab League to create a united front against the peace plan.

“I will not go down in history as the one who sold Jerusalem,” Abbas said at the time.

“According to the plan, an undivided Jerusalem is the capital of Israel, and Al Aqsa Mosque as well will be divided in terms of days and times for prayer. Regarding Al Aqsa, they wrote ‘the Temple Mount.’ Meaning one day, they (the Jews – ed.) will pray there, and one day we will,” he added.