Iran is sanitizing the Parchin military complex ahead of inspections in October, according to satellite images. The IAEA believes it will still be able to determine whether nuclear activity has taken place. US intelligence has concluded that Iran is sanitizing the military complex at Parchin in advance of IAEA inspections. Parchin has been a sticking point for members of Congress debating the Iranian nuclear deal due to the fact that the text of the agreement between the IAEA and Iran on inspections of suspected nuclear sites has remained a secret.

The Office of the Director of National Intelligence informed members of Congress on Monday that satellite imagery shows that Iran has been bringing bulldozers and other heavy equipment into Parchin, according to Bloomberg. The IAEA is scheduled to inspect the military complex no later than October 15 in order to ascertain whether or not nuclear activities had taken place there.

“They are certainly not going to see the site that existed. Whether that’s a site that can be determined what it did, only the technical experts can do that,” said Senate Intelligence Committee Chairman Richard Burr. “I think it’s a huge concern.”

Senate Foreign Relations Committee Chairman Bob Corker concurred, saying, “The intel briefing was troubling to me… Some of the things that are happening, especially happening in such a blatant way.” 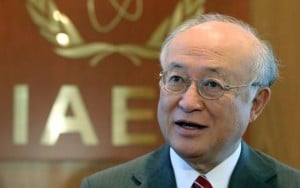 Nevertheless, the IAEA is confident that it will be able to determine whether nuclear activity took place at Parchin regardless of the clean-up because it is very difficult to clean up trace amounts of enriched uranium.

Parchin, where Iran is believed to have tested explosives for nuclear warheads, is part of the larger Congressional debate on the Iranian nuclear agreement. Under the deal, Iran must allow the IAEA to inspect conventional military sites where nuclear activity is believed to have taken place. However, the technical details worked out between the IAEA and Iran are secret. Lawmakers are especially concerned that the IAEA will not be allowed to take its own samples or to interview Iranian nuclear scientists. Iran has stated that it will not give the IAEA access to military sites.

US intelligence believes that nuclear activity ceased in Parchin in 2003. However, IAEA inspectors have been allowed into the massive military complex only five times in the intervening years.